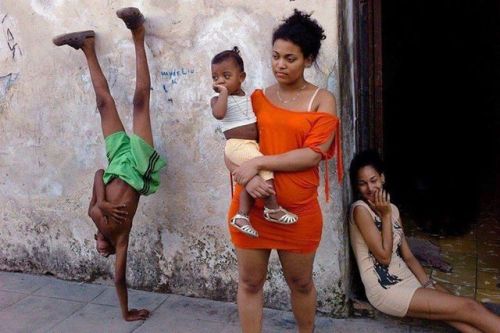 Nikos Economopoulos (Νίκος Οικονομόπουλος, Nikos Oikonomopoulos, b.1953) is a Greek photographer known for his photography of the Balkans and of Greece in particular.

Born in Kalamata, Economopoulos studied law at university and worked as a journalist.

Economopoulos only started taking photographs at 25 when a friend in Italy showed him a book of the work of Henri Cartier-Bresson, which had an impact that was both instant and lasting. Cartier-Bresson “showed me a new way to see things… . What I saw in his work was not only geometry and composition, but a kind of ambiguity.”

Economopoulos recalls that even then he did not start photography for over two years but instead bought photography books. Then he started photography:

I never photographed sunrises or made souvenir pictures of my children. For about eight or nine years I photographed at weekends and during my holidays, always in a serious way, working from morning to night.

As early as 1984, Economopoulos says, “it bothered me ideologically that Greeks and Turks were enemies”, and he visited Turkey to take photographs. “No Greek at that time would go to Turkey on holiday”, he writes, and his Greek friends were incredulous; but Economopoulos quickly felt at home in Turkey, where the atmosphere “was exactly the same as when I was a kid in the 1960s.” (Much later, he would add that Greece and western Turkey had replaced tavernas with McDonald’s, while east Turkey still preserved the values of the past.)

In 1988, Economopoulos finished work as a journalist and set off on a two-year photographic survey of Greece and Turkey.

Economopoulos was encouraged to join Magnum Photos by the Greek-American photographer Costa Manos, and became an associate member in 1990 and, after his work in Albania, Bulgaria, Romania and the former Yugoslavia, a full member in 1994. His early work won him the 1992 Mother Jones Award for Documentary Photography.

In 1993, Frank Viviano, who had first met Economopoulos in Timişoara just after the fall of Nicolae Ceauşescu, wrote that:

Economopoulos says his intention is to document the existence of what he calls the “Balkan Man”: to knit together the skeins of a collective identity in a region whose historical convulsions have made its name a synonym for implacable differences. It would appear to be a fool’s errand. But almost anyone who has crossed the madman’s web of frontiers and borders that stretches over the Balkans, from Istanbul to the Italian border, is likely to agree with Economopoulos’s premise — and to recognize, in his work, the contradictions that sum up Balkan truth.

With support from the Little Brothers of the Poor, in 1994 Economopoulos photographed gypsies in Greece, and in 1995–96 lignite miners and Muslims in Greece. In 1997–98 he concentrated on people living on the “Green Line” separating Northern Cyprus, illegal migration across the Albanian–Greek border, and young people in Tokyo; and for the next two years Albanians fleeing Kosovo. He also worked on a commission from the University of the Aegean on storytelling in the region.

Economopoulos was dissatisfied with the assignment in Japan, as he felt unable to communicate with people and was just as estranged after three weeks of work as he had been on his arrival. By contrast, he writes that “I prefer to spend my time in my corner of the world, south Europe and west Asia, where I understand the codes and can make connections.” This does not mean that the Balkans are an open book to him: Economopoulos has also written of the paradoxes apparent in Albania; and also across the Balkans, where faces can be sad even in wedding parties.

Economopoulos’s photography of Turkey won him the 2001 Abdi İpekçi Award for promoting friendship between Turkey and Greece. Painfully aware of the bitterness often encouraged in both Greece and Turkey toward the other, he has written appreciatively of the personal welcome given to him by the Turks that he meets.

Economopoulos’s photographs have been published in The Guardian, The Independent, Le Monde, Libération, The New York Times, El País, and Die Zeit. He feels that there is no future in photojournalism. There is a loss of quality in photographs in newspapers, and Robert Capa would not take photographs if he were living today. But he concedes that Abbas and James Nachtwey are among those who disagree.

In Economopoulos’ photographs, a smile, a tilt of the head, an unusual leap, a look, from being insignificant details from the second level of everyday life are re-evaluated and transformed into major p… https://ift.tt/2lLvJtJ